The return of the cryptocurrency boom?

The return of the cryptocurrency boom? 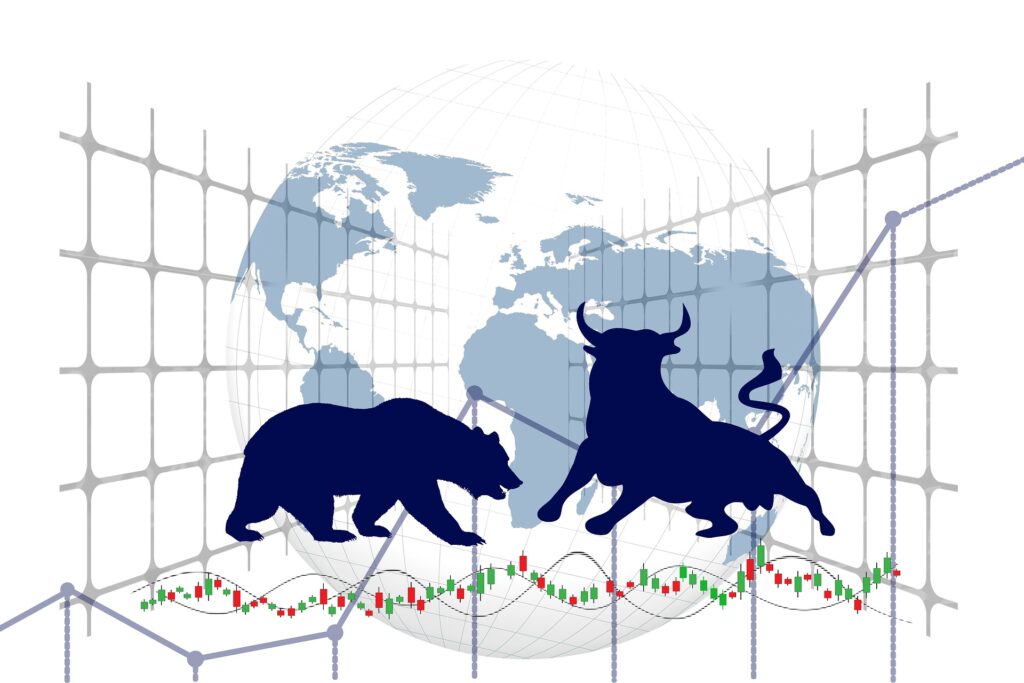 Is this a return to the boom in the cryptocurrency and Bitcoin markets?

The last days and hours have been quite good for cryptocurrency fans and investors. After defending itself at key levels, Bitcoin has started its way up. Does this mean that we have a chance to return to the boom in the cryptocurrency and Bitcoin markets? Is this just a short-term rebound?’

Cryptocurrency boom or just a rebound?

In January and February, Bitcoin and other cryptocurrency projects rather depreciated. The situation and uncertainty were aggravated by Russia’s invasion of Ukraine on February 24. However, key support levels and demand zones of US $ 33,500-34,000 were defended during this period as well. This significantly affects the current perception of the rate of the first cryptocurrency. A triangular pattern is formed, marked with the last lower and lower peaks and higher bottoms.

Depending on whether we are observing the Bitcoin price chart in dollars, euros or zlotys, its course is slightly different. In the case of zloty, it looks a bit more promising. This may be related to the quite strong depreciation of many currencies in recent years. It is possible that cryptocurrencies and Bitcoin will be increasingly chosen by Russians, Ukrainians, but also Poles and Turks, who are increasingly affected by inflation. However, when analyzing the chart, you can see a clear triangle with a downward trend. These types of layouts can be broken up or down. However, the upward breach is observed more often. Unfortunately, there is no certainty that it will not be so. 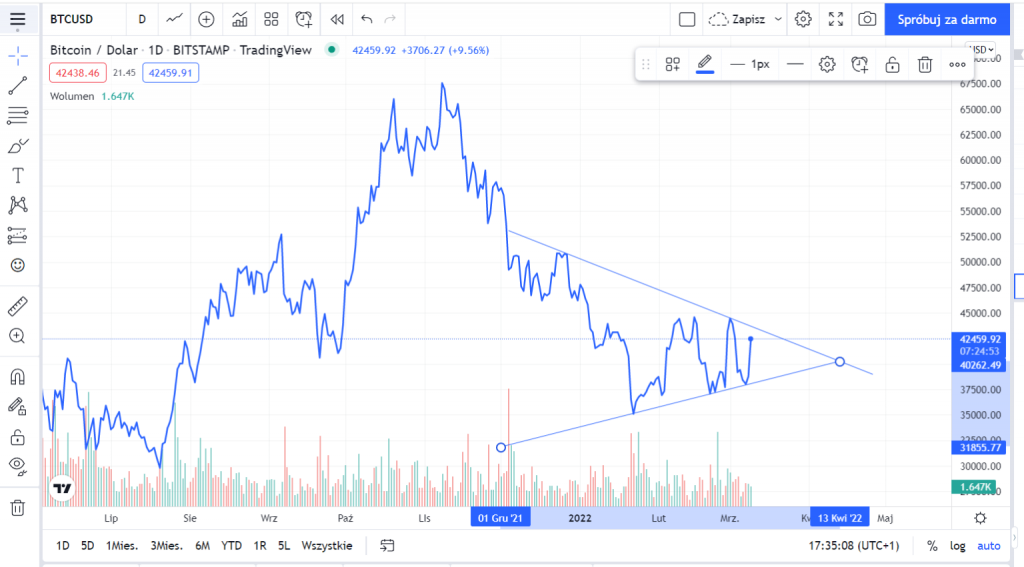 The boom on Bitcoin and cryptocurrencies is coming back?

As long as there is no breakout from the indicated triangular formation, it is difficult to indicate a return of the upward trend and the bull market. On the one hand, we are seeing the tap of money being turned off by central banks around the world. This is to suppress the rushing inflation process. On the other hand, the last two weeks were marked by the war in Ukraine, which resulted in a global increase in commodity prices. Looking through this prism more and more people want to avoid losing value of their money and look for alternatives in digital currencies.

There is a growing interest in encrypted electronic currencies based on blockchain technology also due to subsequent sanctions imposed on Russia, oligarchs and Russian companies. This sparked unexpected interest from investors as it allowed to bypass some of the sanctions and probably evacuate a large part of the property that may have been confiscated by the authorities.