Company with development and growth potential in 2021 and 2022

A dividend joint-stock company with potential for development and growth in 2021 and 2022?

Many of you are mainly interested in investing in cryptocurrencies. They have been experiencing quite significant drops in prices in recent days. So I figured some of you might be considering switching stocks for investment. Therefore, today, for a change, I will introduce you to a joint-stock company that I became interested in over a year ago at the beginning of the coronavirus epidemic. Biomaxima company from Poland, because we are talking about it, is one of the few companies that gained a lot from the SARS COV-2 epidemic by quickly introducing infection detection tests to the market.

The first mention about this company probably appeared on the Stockwatch portal. A moment later I decided to invest in the shares of this company. After more than a year I must say that I am a satisfied shareholder. In this article, I am going to present you as honestly as possible the most important advantages and disadvantages of this company and events that may indicate that the company is run in the right way and has development potential. Of course, this is only my subjective opinion and it does not constitute investment advice under the applicable provisions of US, UK and European law. I will try to answer the question: Whether Biomaxima is a company with development and growth potential in 2021 and 2022? I invite you to read.

Biomaxima S.A. (acronym BMX) is a company listed on the alternative stock market New Connect. The company became loud at the beginning of March 2020. Upward trend in Biomaxima S.A. share prices initiated the information on the submission of the coronavirus screening test imported from China to the Office for Registration of Medicinal Products. Then, on March 27, the company submitted a genetic test for SARS-COV-2 for registration, of its own production.

Both of these events significantly influenced the share price at the time. On March 30, 2020, the start of trading was PLN 8 per share, and at the end of the day it was already PLN 17, which was an increase of over 100% in one day. The current price is about PLN 27 for one share of Biomaxima S.A. The capitalization is approximately PLN 115 million. Below I have collected for you most of the most important events from this company in the last year.

The most important events concerning the operations of Biomaxima S.A. in 2020 and 2021.

Biomaxima S.A. , in recent months, she has informed about many interesting events regarding the company’s situation and it seems that she is one of the few to actually start making money from the epidemic. It fitted the market fairly well with its assortment. Below I present you a list of the most interesting recent events regarding this company. I hope that this in a comprehensive and orderly manner will bring you closer to the company’s potential and the pace of its development. 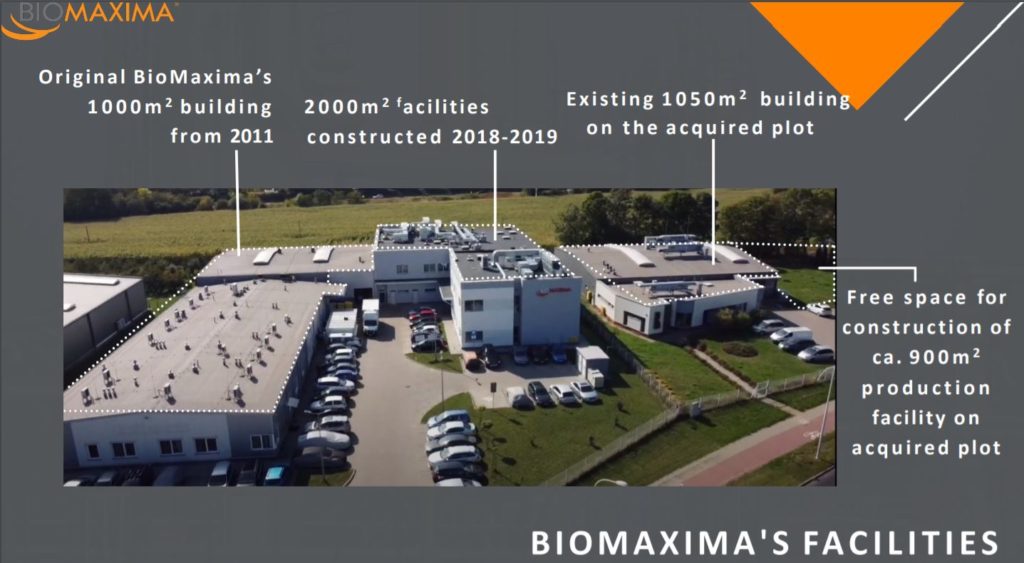 There were many more of these various events. Such as, for example, the introduction of a proprietary test for the detection of neutralizing antibodies against SARS-CoV-2. Also the signing of contracts for the supply of tests to Indonesia and many other countries in the world or health care units in Poland, about which it is worth looking for information independently. In the meantime, the so-called insiders from the company’s Supervisory Board. I encourage you to read the company’s reports in detail, which since 2021 have been made in accordance with the requirements of international financial reporting. For 2020, the company showed a revenue of over PLN 62 million and a profit in excess of PLN 7.5 million net.

What does the company potentially have in front of it?

Of course, none of us know the future. However, after the SARS-COV-2 coronavirus pandemic, it can be predicted that the biotechnology industry in Poland and other countries must be significantly strengthened in order to fight such crises more effectively. Below you will find some examples of Biomaxima S.A.’s plans. and potential events that may occur in my subjective feeling. Last months could be only a little demo before bigger pandemic. When it will come, companies from biotechnology branch, should be bigger and more efective. 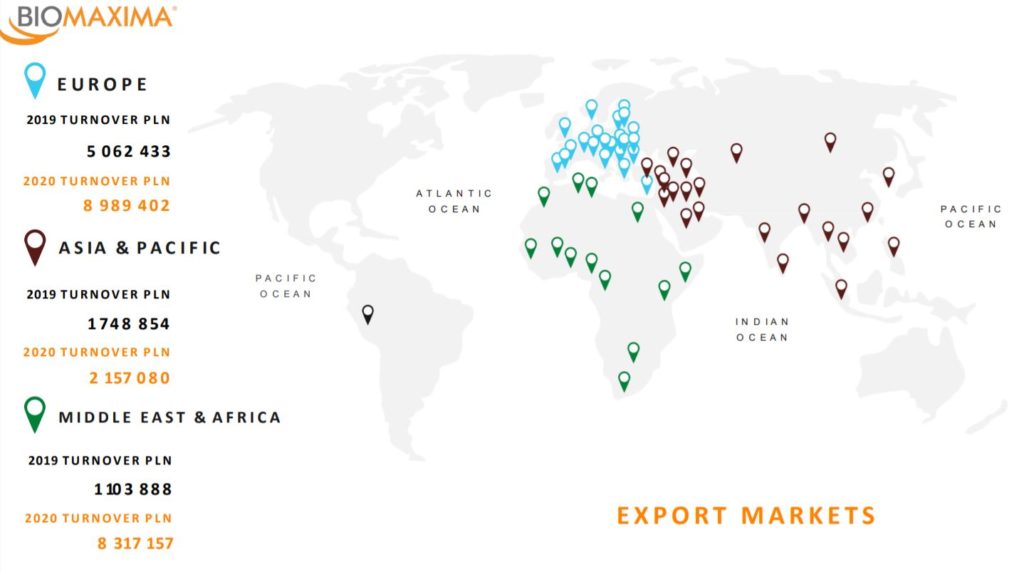 Weaknesses of the company

In my opinion, there are also some things that Biomaxima S.A. correct. Examples of work issues can be found below. It seems to me that, however, these disadvantages are not difficult to solve, and the situation will be quite real to be resolved. 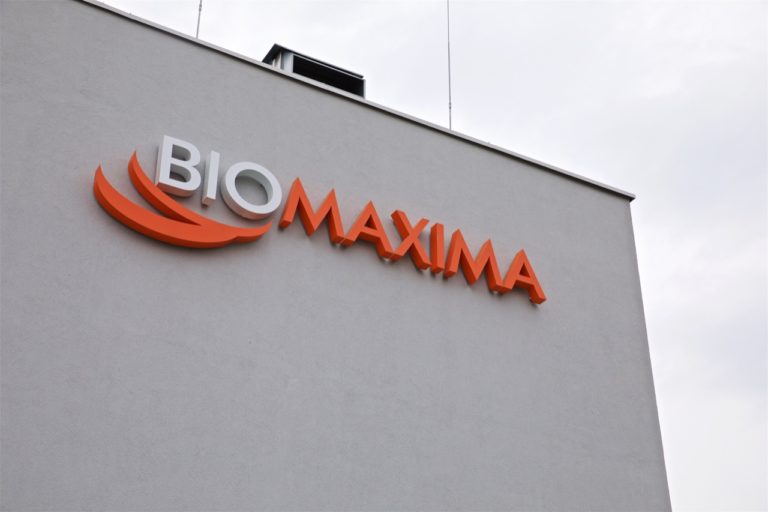 The current price of Biomaxima shares is around PLN 27-28. The sideways trend continues, however, supported by much stronger foundations than many cryptocurrencies. Capitalization of Biomaxima S.A. as at May 25, 2021, it amounts to PLN 114.5 million. At price maxima, at PLN 60, the capitalization reached PLN 250 million. In your opinion, is it a lot compared to, for example, such a project as, for example, the little-known in the world Lisk, whose current market value is over 500 million dollars? This gives about PLN 1.5 billion, where Lisk’s main assets are cryptocurrencies that have been losing value recently. Currently, the project does not bring any real revenues, at least not the ones recorded by Biomaxima S.A. at the level of PLN 60 million per year and has solid foundations for further development.

At first glance, the price chart may not look impressive, but on closer inspection, we see important support and demand zones that have a chance to defend themselves. The current line runs at a significant support, but below it is still the level of the Fibonacci retraction of 0.618 of the entire growth around PLN 24-25 per share. And it can be a key price support. So, in my opinion, the price may drop a bit, but ultimately there are good chances that it will return to the uptrend. Of course, as it is on the stock exchange, everything can happen, so I leave the final assessment and decision to you. I personally decided to transfer some funds from cryptocurrencies to taking a position on Biomaxima S.A. and I am considering further increasing the involvement. Same as people from the Supervisory Board of the company. Remember that this is not an investment advice!. 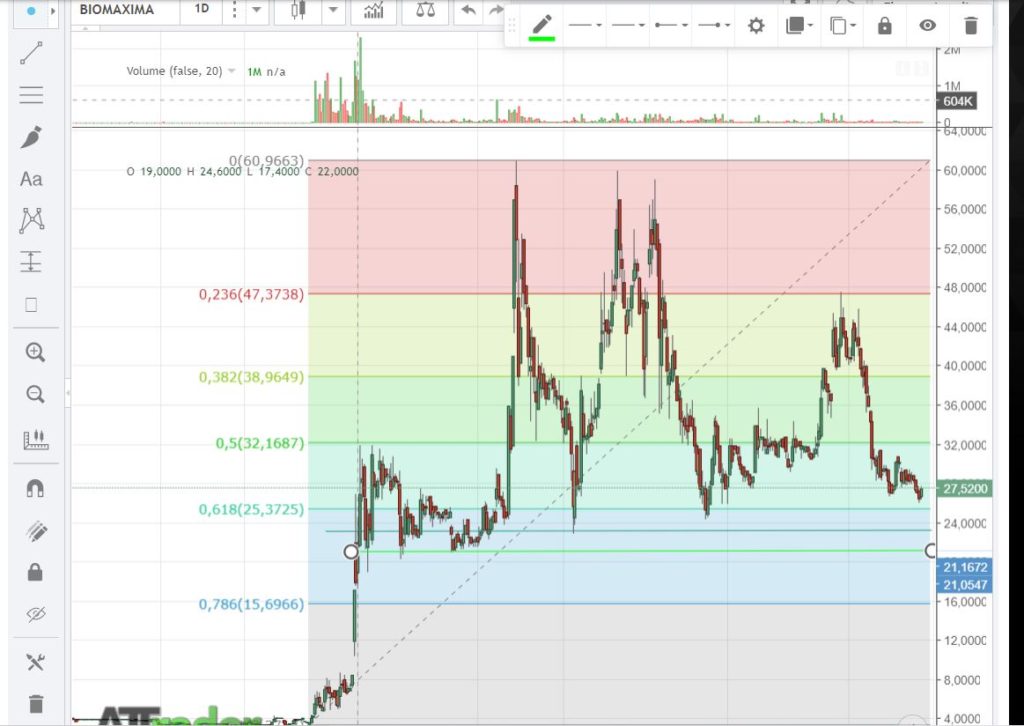 It is an undeniable fact that the turnover froze a bit. They are much smaller, even not comparable to those we know from the cryptocurrency market. This is what motivated me to write this article because I believe that Biomaxima S.A. has a good chance for development and growth in 2021 and 2022 and the following years. In my opinion, even much larger than many cryptocurrencies, and their capitalizations differ cosmically.

I have already compared it to Lisk, which is, however, quite cheap in terms of capitalization. Just look at a few offshore projects from higher rankings of coinmarketcap.com. We will see there, for example, Chiliz (CHZ) or Holo from rankings 58-63 with a capitalization of $ 1.5 billion, or looking above, others with a market value of over $ 2 billion. They do not solve socially significant problems and do not generate revenues from real activity. I think you will draw the correct conclusions yourself from this data. If You are still more interested to know where to buy cryptocurrencies and Bitcoin just read other articles.

What is usually not public on the cryptocurrency market and available in the case of the stock market, is regularly published to the public. Below you can see selected financial data of Biomaxima S.A. You can find more on the Biznesradar portal in the company’s profile (polish version). It is worth getting acquainted with them yourself. 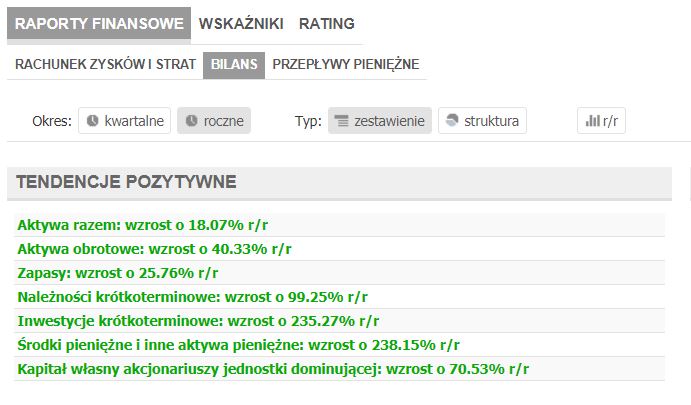 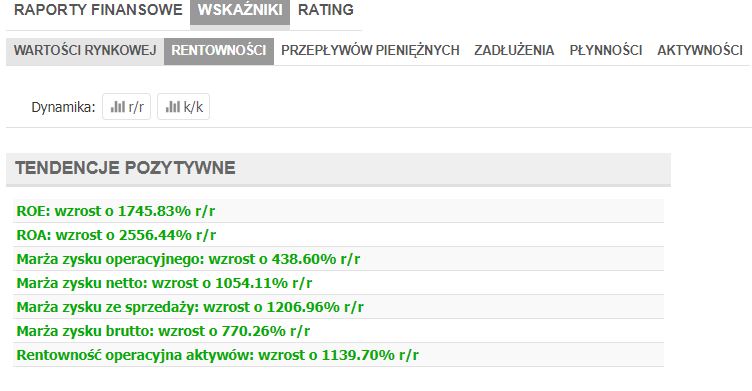 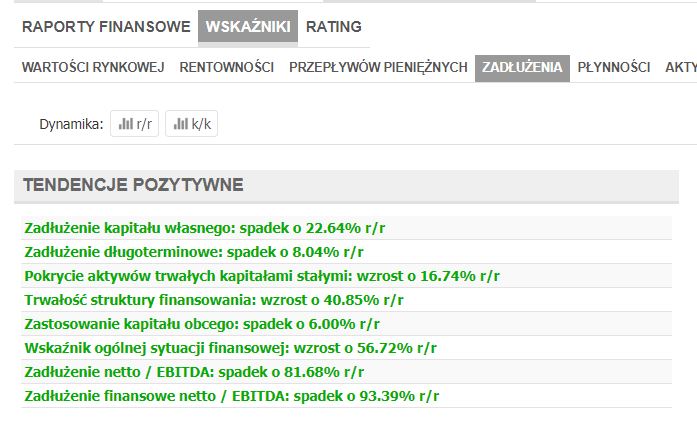 Summary - is Biomaxima S.A. is a company with development and growth potential?

As you can see, most of these indicators are at least correct or very dynamically growing. Does Biomaxima S.A. is a company with development and growth potential that will be able to maintain this tendency in the coming quarters and years? I don’t know, but I think it’s quite likely. The SARS-COV-2 pandemic itself, despite the vaccination process, continues to develop in many third world countries where Biomaxima already has or may gain new distributors. Currently, it has them in over 60 countries around the world. This makes it an interesting asset for me personally for further investments and in the long term it can be a very good capital investment. Purchase of shares in Biomaxima S.A. it is possible through any brokerage account. Remember, however, this is by no means an investment advice, but only my subjective opinion.

The content contained in the article does not meet the requirements for recommendations within the meaning of the above-mentioned act, including do not contain a specific valuation of any financial instrument, do not rely on any valuation method, and do not identify investment risk.