The best cryptocurrencies for players!

The best cryptocurrencies for players! 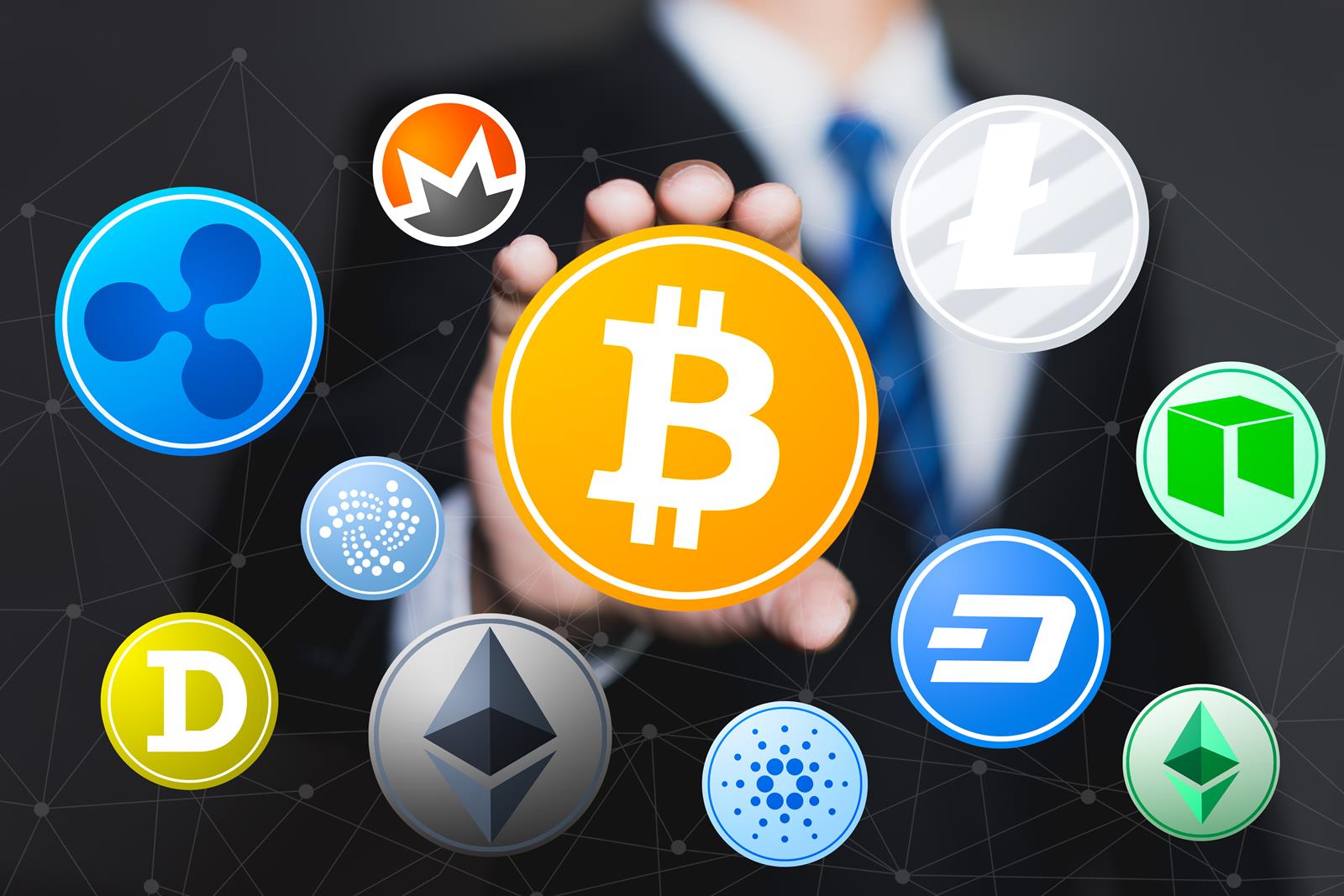 The world of cryptocurrencies, just like the worlds in the best games, is very extensive and interesting. For several years, there have been other projects dedicated to players among digital currency projects. Their goal is to enable easy buying and exchanging items and games for individual digital currencies and tokens. How does it work in practice? Which of these designs deserve special attention from players? Today we will try to answer this question.

The origins of cryptocurrencies

The first and at the same time the most famous cryptocurrency is, of course, Bitcoin. Created in 2009, it caused quite a stir among enthusiasts of modern and innovative technologies and capital investors. Other projects, such as Ethereum and Litecoin, followed suit. Ether has become a kind of base for new projects and tokens that have also been used in the gaming industry. The last boom in 2017, investor interest and media hype not only caused a price boom but also generated several thousand different projects. Among such a large flood of new projects, there are many interesting cryptocurrencies and tokens. Unfortunately, many of them have already been verified by time and their price has dropped drastically by up to 99%. The following years will show whether the lost trust and enthusiasm of investors will return to the boom times and will be able to push prices up to historical highs.

The idea of ​​introducing encrypted electronic currencies into games gives considerable benefits and opportunities to all players. Thanks to it, they will be able to earn money by making progress in games! For example, by acquiring and upgrading items or characters and selling them to other players in the appropriate, dedicated marketplace. Basing new games on blockchain technology and giving the opportunity to exchange tokens, we also gain from transparency and honesty of players. In addition, they can freely develop and monetize their progress in games. In this way, games can eventually become a real money-making area for young people, and won’t be as time-consuming as esports. Today, the computer games market is estimated at tens or hundreds of billions of dollars. The introduction of any loyalty mechanisms that additionally involve players will be increasingly used in games.

What are the best cryptocurrencies for players?

Among hundreds of different cryptocurrencies and tokens, you can find several, over a dozen interesting projects typically dedicated to players and the gaming industry. Which of them can be considered the best cryptocurrencies for players? Below we present to you 3, in our opinion the most interesting and promising, projects of the Gaminig blockchain. 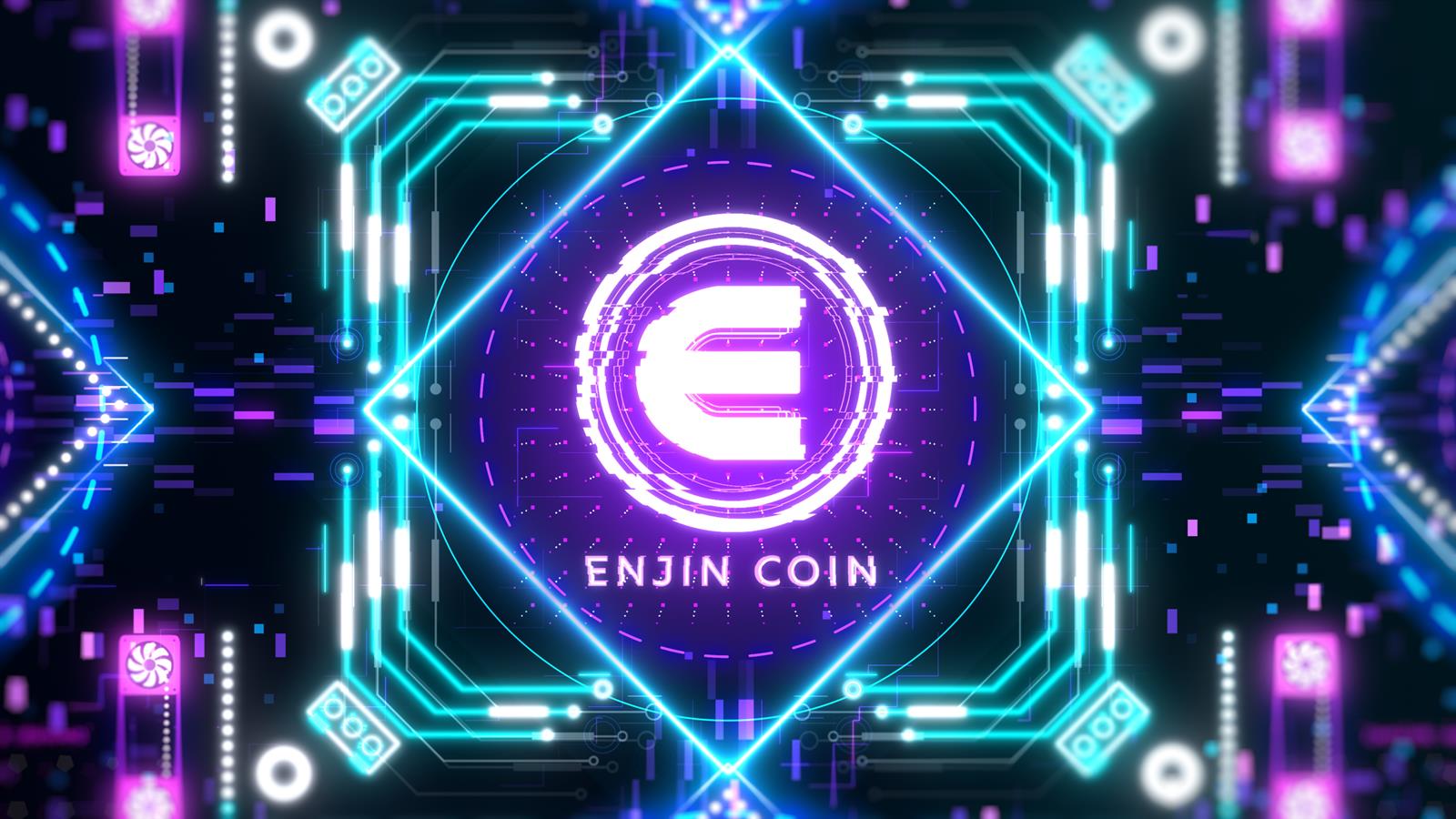 One of the most popular and famous projects. Although it is a fairly young project, which started in 2017, it has already had many successes. The creators of this project have not been idle in recent years and have successfully implemented their solution in subsequent games. The project has established cooperation with Microsoft Azure Heroes and Samsung Blockchain Keystore. Examples of games that are integrated with this token include Lost Relics, The Six Dragons or 9Lives Arena and many others that can be found on the official website of the project. Additionally, there is an official marketplace that allows you to put up for sale and buy items obtained in the games. The official Enjin wallet has also been prepared, where you can also store other cryptocurrencies such as Bitcoin or Ethereum. The process of “minting” coins is fully reversible, so you can exchange them both for in-game items and earn money by reselling on exchanges. One exchange that allows you to buy and exchange Enjin is Binance. The maximum number of coins is 1 billion, and the current price is around 15 US cents, and the total capitalization is around $ 130.5 million. 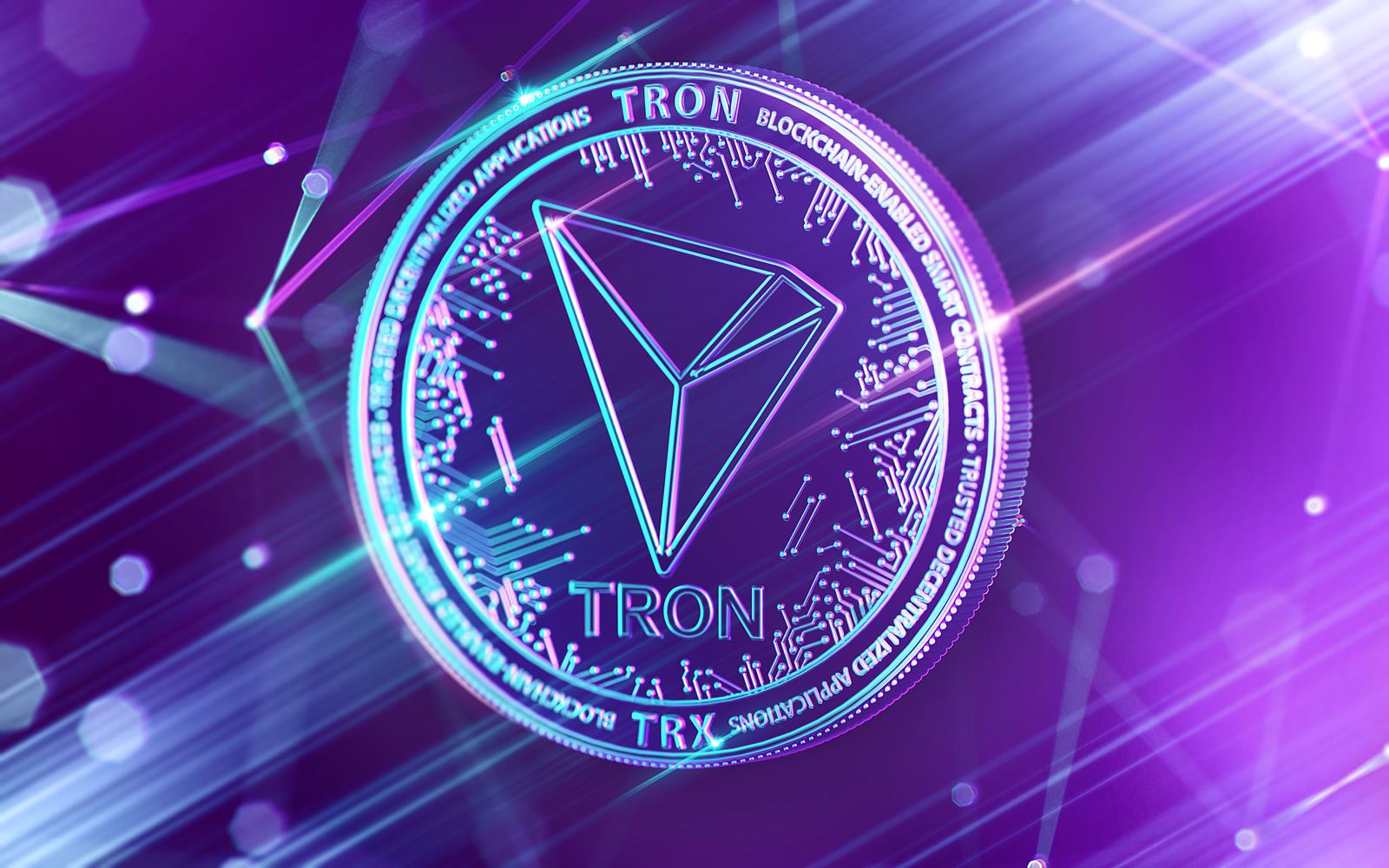 Recognized as a leading global cryptocurrency project. It is a specific blockchain ecosystem. The network is to be completely decentralized and very fast, efficient and scalable. Special tools for developers have been created enabling easy development of your own projects. Knight Story is the most popular game integrated with this blockchain network. This project is even wider and aims to create a decentralized internet network and its censorship-free infrastructure. It is a specific operating system for decentralized applications, also for players. It is listed among the world’s best cryptocurrencies. The current price is around 3 cents, the target amount is over 100 billion coins and the current market cap is $ 2.3 billion. More informations about cryptocurrency Tron You can find at this article. 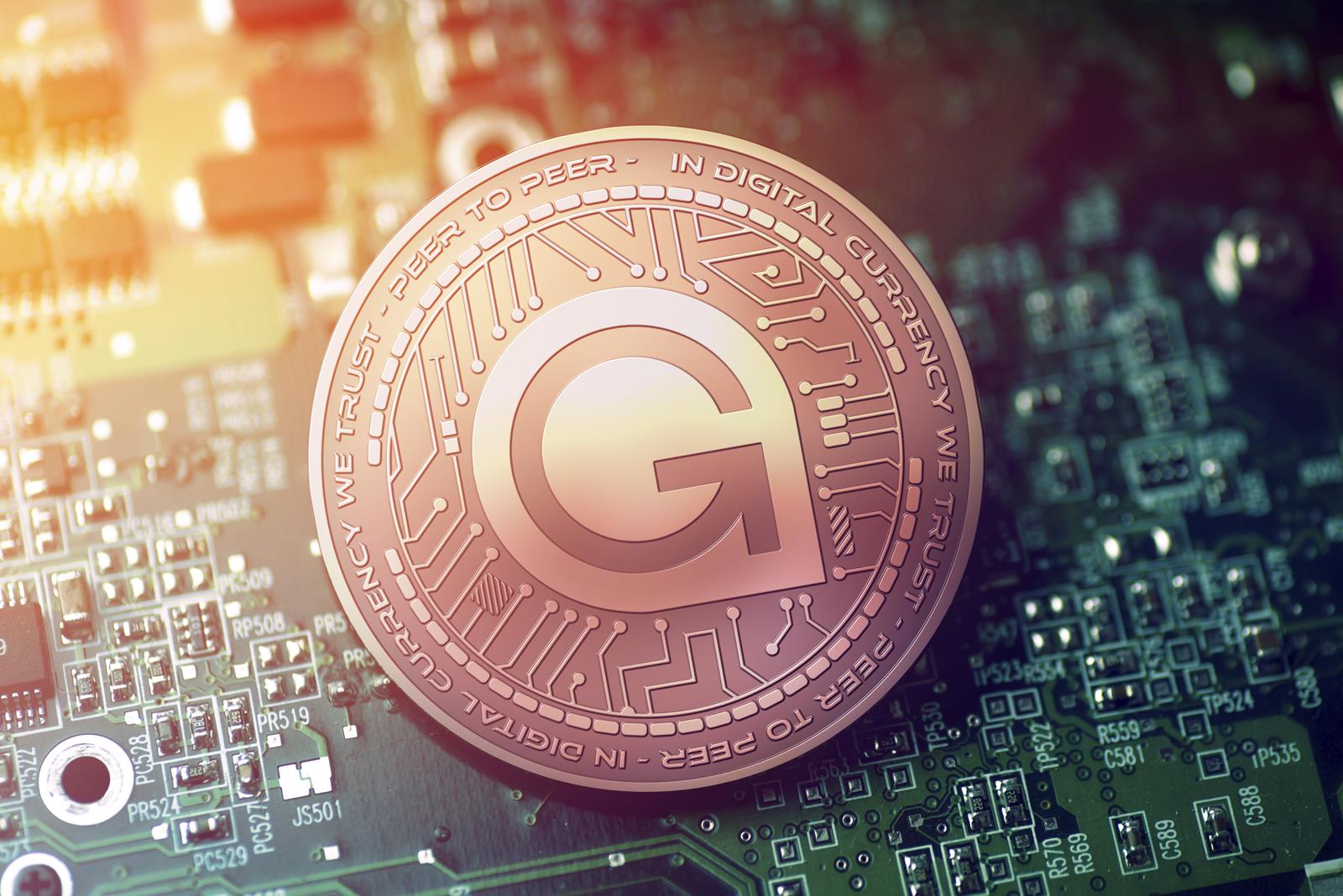 this project was loud in Poland during the last boom in 2017. Then the price reached the maximum levels of $ 6.5 for one Game. Investors and players became interested in this project, buying the vision of its creators, which talked about creating the first and best cryptocurrency for players. Has it succeeded? Unfortunately not. This project suffered from a deep crisis of trust and accusations of the so-called Scam. The developers have stopped developing the project, and its price has dropped to very low levels, practically losing 99% of its value. However, this year it turned out that it has been taken over by a group of enthusiasts who manage the project much better and have the chance to take the project to a new level. In April 2020, the NovaToken platform merged with the GameCredits network. Since the merger, NovaToken is still operating under GameCredits. To facilitate this connection, GAME CREDITS has moved to the Ethereum network to ensure the right technology stack and the willingness to pursue long-term goals to give players what they really need – true ownership, digital security, and endless fun. This move helped GameCredits to finally realize one of its initial visions to turn solid esports on. The purchase of this cryptocurrency for is possible thanks to the european BitBay exchange, which enables trading basically from the beginning of this encrypted electronic currency.

For several years, players have been increasingly interested in blockchain technology, as well as cryptocurrencies and tokens. For good reason. The vision of earning money on progress in games is very interesting for every player. Who would not like, for example, to sell his improved weapon or character and exchange it for real money or exchange it for another needed item. Many of you probably would also like to be able to buy unique items that will give you an advantage over other players. All this will probably be possible in a few years with the development of the above-mentioned projects! If you are interested in other best and most interesting cryptocurrencies, you can find out about the full cryptocurrency ranking here! Among them there are also some of the best cryptocurrencies for players, such as Tron!