Dogecoin – a story of a joke worth billions

Dogecoin – a story of a joke worth billions 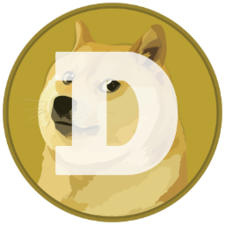 Probably everyone today knows memes, the main character of which is “Doge” (baptized on the Internet as Doge). It was this manifestation of internet humor that gave rise to the Dogecoin idea, which was supposed to be a joke, another meme, but in a different state of concentration. Nobody expected that both the online pictures of Shiba Inu dogs and the cryptocurrency based on them not only will not get bored with mankind, but even – over the years – will gain more and more popularity.

Why Dogecoin is so popular?

We’ve already established that in the beginning there was no word, only a meme. There were also two creators, Billy Markus – an engineer at IBM, originator and creator of the project – and Jackson Palmer, an Adobe marketer who helped the cryptocurrency break into the mainstream. One of the first cryptocurrencies was also an idea. Markus was passionate about blockchain technology and digital currencies. In the meantime, the world was shaken by the news of the government’s ban on Bitcoin investment for Chinese banks. The Silkroad scandal – deepweb, black market – where Bitcoin was the currency was also severe for the crypto community. Doge was supposed to be a distraction – turning a tragic situation into a joke and the interest of the broad masses in cryptocurrencies. Markus and Palmer also wanted Dogecoin to be available to everyone on earth. To this day, it is cheap, and anyone can become a Doge millionaire without being filthy rich. Elon Musk later refreshed the idea by calling Dogecoin “the people’s cryptocurrency.”

After Palmer launched the main marketing arm of the project – the dogecoin site. com – over a million internet users visited it within 30 days. It was then that Bill Markus redoubled his efforts and began to implement the idea. The network officially launched on December 6, 2013. In the same month, Dogecoin had its first bull and bear market. Within two weeks of launching the blockchain, DOGE increased by 300%, followed by an 80% drop in price. At the same time, only this cryptocurrency was successful in the exchange rate.

Dogecoin from behind the scenes – does DOGE have any technological foundations?

Compared to some of today’s “crypto-harvesters” – small. But it is certainly a more ambitious project than thousands of other worthless Ethereum-based ERC-20 tokens. Dogecoin’s blockchain is built on the protocols of two other existing cryptocurrencies – Luckycoin and Litecoin. The latter is doing great to this day and is a pioneer in the field of fast and cheap cryptocurrencies for payments. Dogecoin, as the “people’s cryptocurrency,” also has these attributes. Its network can process a maximum of 33 tps (transactions per second), where Litecoin and Bitcoin are 28 tps and 7 tps, respectively. The average time it takes the coins to go from point A to point B is around 60 seconds. So it can be said that Dogecoin in this respect has surpassed the master, and even the king – Bitcoin. Nevertheless, low commissions for the transfer of virtual currency are also important. The average transaction fee is 2.35 DOGE, which equates to a value of approximately USD 0.15. The amount of the fee depends on the load on the blockchain.

What else You should know about Dogecoin?

The Dogecoin network is based on the Proof-Of-Work protocol, which means that DOGE must be excavated using special integrated circuits. Interestingly, the network of this coin from the beginning was focused on mining using FPGA / ASIC devices. For comparison, Bitcoin could once be mined with a PC processor, later rows of graphics cards were used for this, and only at the end (until today) dedicated ASICs with great computing power are used. The block rewards on the web were initially random – up to a million per block (today it’s around $ 60,000). In 2014, however, developers decided to tighten the block reward, which is systematically decreasing over time. Today it is 10,000 DOGE / block. For some, Dogecoin’s downside is that it is inflationary. Unlike Bitcoin (Only 21 million BTC), there are no quantitative mining restrictions. So Dogecoin is an inflation cryptocurrency. At the moment, almost 129 billion DOGE coins have been excavated.

What’s next for Dogecoin?

It can be considered an abandoned project, but not dead. Most importantly – abandoned more by the creators, not by the community, which is systematically growing. Let’s face it, DOGE is the so-called “Memecoin”. It is not a revolutionary project in terms of the technology it contains. Will it be revolutionary in another way? It is quite likely.
During the boom of 2017, Dogecoin soared to price heights thanks to sentimental value for many members of the international cryptocurrency community. In January 2021, it increased more than 8-fold in one day, thanks to lobbying by Elon Musk, who breathed new life into this cryptocurrency. Perhaps Dogecoin’s affordability and friendly image will one day make it the currency of the masses.