Buying Tron (TRX) – what should you know?

Tron is a cryptocurrency that quickly gained popularity in the world. Thanks to its technological advantages, Tron has become one of the top ten cryptocurrencies in the world when it comes to market capitalization. Additionally, it is highly ranked in the rankings of the best cryptocurrencies. In this article I will try to explain to you what stands out and what you need to know when deciding to buy TRX? However, if you already know this cryptocurrency and you want to buy it, you can easily do it by registering a free account on the cryptocurrency exchange BitBay by clicking the button below:

Tron, also known as TRX, is a platform which, thanks to its specific structure, enables access to the decentralized Internet (so-called Internet 3.0). Like Ethereum, it is based on blockchain technology. It allows you to create protocols using smart-contacts. Such a structure ensures privacy for users and guarantees resistance to any censorship and external control. The Tron platform is appreciated for its speed of transactions – it can handle 2,000 transactions per second – and for its very dynamic CEO. This speed is comparable to that of the most popular payment platforms such as PayPal. An additional advantage is the lack of transaction fees.

Staking Tron – what is it?

The Tron construction works on the Delegate-Proof-of-Stake mechanism. Staking allows users to receive cryptocurrency interest for storing it on a specific wallet. Staking is done in a 1: 1 ratio. This means that the more coins the user places, the more the so-called Mocy, or Tron Power. It is used to vote for Super Representatives who, on behalf of voters, manage the blockchain while maintaining security. Representatives receive 32 TRX for each new approved block. After three days, Tron Power can also be exchanged for TRX coins. You can find Tron ont the top of this cryptocurrency ranking 2021. If you think that buying Tron makes sense and would like to have it, just click on the button below and register a free account on the cryptocurrency exchange BitBay: 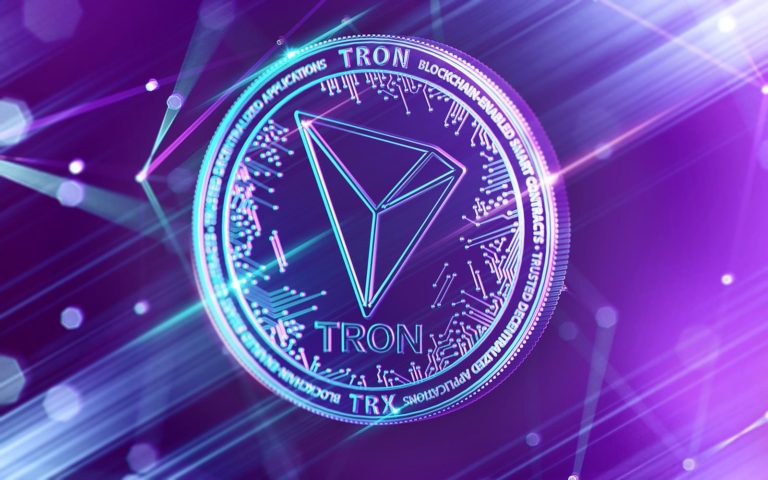 The origins of the cryptocurrency and the Tron platform date back to 2017. It was then that Justin Sun, already known in the FinTech industry, among others thanks to Peiwo – a popular application for live broadcasting, founded a non-profit organization called Tron Foundation. The aim was to create a structure that would allow access to a decentralized, user-driven only, and to develop a democratic governance system.

The introduction of TRX to the cryptocurrency exchange was supported by the collection of ICOs. At that time, the TRX value was just $ 0.0019. However, thanks to the help of investors, it was possible to raise $ 70 million for the development of the structure. Already in 2018, Tron was one of the most popular cryptocurrencies. Sun decided to launch its own blockchain and move the platform from ERC-20 tokens belonging to the Ethereum network to the native Tron protocol. A few months later, the Tron Foundation became famous again. All thanks to the purchase of Bittorrent, the world’s largest peer-to-peer file sharing platform.

There were also some controversies with the creation of the Tron platform. The source code has many elements from, among others, the Ethereum network. As a result, a theoretically innovative project was criticized for the lack of new ideas. In January 2018, the so-called white paper. As it turned out, many solutions were confusingly similar to those used in the IPFS or Filecoin projects. Creator Justin Sun responded to the allegations, saying it was due to problems with translating the text into English as the original document was in Chinese.

Which wallet for TRX?

Tron has its own multi-platform wallet – Tron Wallet. It can be used via a browser as a plug-in for Chrome, it is also available for Windows devices and as a mobile application for iOS and Android devices. After changing the block network, TRX is no longer compatible with wallets that support Ethereum.

Valuation of TRX on cryptocurrency exchanges

The Tron coin is available on the world’s largest exchanges. Most often, users buy TRX through the Binance exchange. Initially, in September 2017, Tron was worth $ 0.0019, and a few months later it hit its all-time high of $ 0.27. Since its decline, the value has fluctuated between $ 0.015 and $ 0.025. Currently, in early 2021, its value is around $ 0.030. According to experts, however, the coin may grow in strength thanks to the innovative ideas of its creators and dynamic development.