Buying Monero - what should you know?

Monero is called “the most anonymous cryptocurrency”. This digital currency, introduced in 2014, is becoming more and more popular. It is also one of the fastest growing coins. What should you know before buying Monero?

Monero is a digital currency, also known as XMR. It is created in line with the idea of open source, which means that it is constantly improved thanks to cooperation with users – according to official data, more than 240 developers have joined the development of the currency. Monero was launched in April 2014 under the name BitMonero. Initially, it operated as a hard fork of the popular Bitcoin. “Monero” comes from Esperanto, where it simply means “coin”. The number of XMRs is unlimited, which is why this cryptocurrency is subject to inflation. If this information confirms the thesis that buying Monero (XMR) is a good choice and you want to do it, you can easily register on the european Zonda exchange by clicking the button and buy Monero for pounds GBP, dollars and euro! 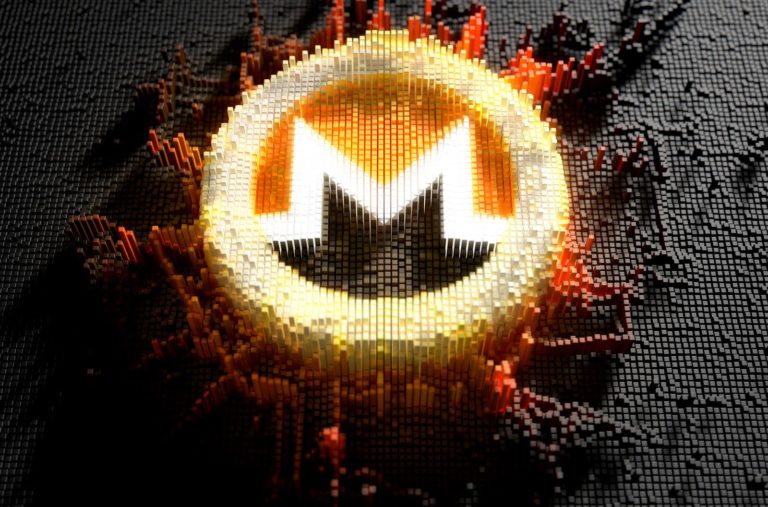 What else is worth knowing about Monero (XMR)?

Monero is a private-coin cryptocurrency that ensures a high level of privacy. It is based on blockchain technology, which involves the use of a distributed register of transactions. As a result, users’ addresses remain completely hidden. Additionally, by using RingCT (Ring Confidential Transactions), you can also hide the amount of the transaction. This is why Monero is described as the most anonymous of all cryptocurrencies. However, this also has its downsides. Completely resistant to censorship, the digital currency has become a coin willingly used in the so-called dark net. Hackers often use XMR for cryptojacking attacks that take control of other devices and use their resources to mine cryptocurrencies. Do you think buying Monero could be a good investment? Register now a free account on the european cryptocurrency exchange BitBay:

XMR is based on the proof-of-work algorithm, which opens access to currency not only for large mines with computers with above-standard computing speeds, but also for devices of ordinary users. In turn, the use of CryptoNightV8 means that XMR can be mined using GPU dill, using graphics cards. It is also possible to mine Monero using appropriate smartphone programs (eg MinerGate), as well as JS scripts in website codes and extensions for web browsers. It is impossible to mine Monero with ASICs because the XMR chain was disconnected, resulting in the creation of other cryptocurrencies: Monero Zero (XMZ), Monero Original (XMO) and Monero Classic (XMC). The cryptographic algorithm is changed every six months, and a new XMR block is added every two minutes on average.
Monero awarded miners a “fixed block reward”, a minimum wage of 0.3 XMR. This incentive ensures that there will always be enough people mining coins. It is estimated that by 2022 inflation will be around 1 percent and will decline regularly.

The Monero structure is characterized by ring signatures and hidden addresses, making it impossible to detect the identity of the sender and recipient of a transaction. The rings connect the keys of user accounts with public keys, making it impossible to associate a specific user with a signature. In addition, all accounts, even those that do not transact, are constantly active on the network. Additionally, Monero coins are mixed with each transaction, ensuring complete anonymity. Other digital currencies have this option, but it is not set by default, and changing your privacy settings automatically raises suspicions. Unlike the coins of other cryptocurrencies, the two XMRs cannot be distinguished from each other based on their transaction history.

What is Monero’s price on the exchange?

Initially, in 2015, the price of Monero was around 93 groszy. Two years later, XMR’s position on the market improved significantly. The first visible increase was in May 2017, when the value jumped to about PLN 240, and after three months it was at the level of over PLN 500. XMR recorded a record price at the turn of 2017 and 2018 – then it was worth about PLN 1,700. In January 2021, the value of Monero again oscillated around PLN 500. XMR is present on the largest cryptocurrency exchanges, incl. Binance, Bitfinex, Bittrex or HitBTC, as well as on the most popular european exchange – BitBay.

Which wallet to choose for Monero?

The most popular option is MyMonero – an online wallet dedicated to XMR. Also recommended are: Cake Wallet, which is compatible with iOS systems on Apple devices, and Free Wallet for Monero and Monerujo available for Android devices. You can also create an offline wallet. The manual and the link to the generation can be found on the Monero website. New is the ability to support XMR using a Trezor T hardware wallet.

I WANT TO BUY
Manage Cookie Consent
To provide the best experiences, we use technologies like cookies to store and/or access device information. Consenting to these technologies will allow us to process data such as browsing behaviour or unique IDs on this site. Not consenting or withdrawing consent, may adversely affect certain features and functions.
Manage options Manage services Manage vendors Read more about these purposes
View preferences
{title} {title} {title}